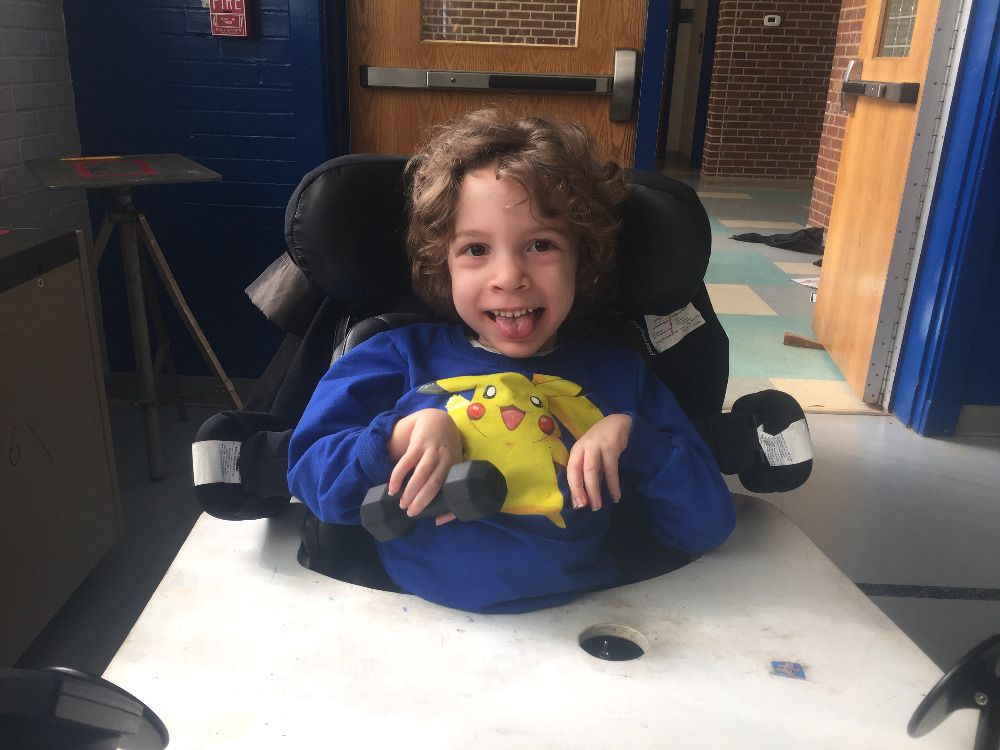 Tomorrow, February 28, 2019, marks the one year anniversary of Bennett’s death. Please read (and share!) the following call to action in his memory:

Dear Friends,
We’re writing this with heavy hearts, appreciation, and hope. This week is hard for us. This Thursday, February 28th will be the one-year anniversary of Bennett McClurken-Gibney’s death, a 5-year-old who lived in our community. Bennett was a truly remarkable kid who touched the lives of everyone he met. When Bennett was only a year old, he was diagnosed with Spinal Muscular Atrophy, a disorder that robbed his body of strength. On the day of his diagnosis, his parents were told to appreciate the time they had…few kids with SMA type 1 lived past the age of two. And savor they did–every moment. Against the odds he lived past two. Not only lived, but thrived.

Bennett was an incredibly bright kid. He was deeply inquisitive and sassy and full of joy. He was incredibly social and could draw people to him with his charisma. He LOVED to play. He played with his sister, whom he adored, with his friends, with puppies and pet guinea pigs. He learned to use a power wheelchair at a very young age. With his power wheelchair he could be independent. He could move on his own and interact with other kids without the presence of an adult. He had the power to seek out new things, to discover, to test his boundaries. He could play, just like any other kid. Almost.

As much as his wheelchair allowed him to do, the reality is that our world isn’t built for people with disabilities. Every bump or curb may as well have been a mountain, doors a wall, and stairs an impassable barrier. The things that his friends loved to do were to jump, to swing, to climb…to be crazy balls of energy together–these were blocked to him unless an adult carried him around. Or so we thought. While “accessible” playgrounds do little to provide real access to play for kids like Bennett, there’s another type of playground, called an “all-abilities playground” that allowed him to do so many of the things that kids love to do. For the first time, his parents could sit on a park bench like other parents and watch their children explore the play spaces independently. While all-abilities playgrounds are beginning to pop up all over, the one closest to Charlottesville, the Richmond ARC Park, is still an hour away. Bennett’s family had to travel to Richmond for their son to be able to play freely with his sister and his friends.

While Bennett was alive his parents spoke with other parents of kids with disabilities and realized that Bennett’s struggles were not unique. Just because a playground meets ADA compliance does not mean that is designed to be inclusive. There’s a huge community in Charlottesville that has been denied access to joy and play because of their various disabilities. Not just kids with physical disabilities like Bennett, or with developmental disabilities, but also disabled adults: parents who are veterans who were injured in the line of duty, people born able-bodied but now limited in their ability by a twist of fate, those with chronic or acute illness…even elderly grandparents who just want to play with their grandkids. We weren’t aware of how many people were affected because those that don’t have true access to public places often become invisible. There are nearly 9000 individuals under the age of 65 living in the Charlottesville/Albemarle area alone who have identified as having a disability. That’s not even counting the elderly, who are three times more likely to be disabled than their younger peers. While these numbers are huge, they don’t even begin to reflect numbers of people and families that visit our community every year seeking expert health care from our hospitals and clinics.

When Bennett turned 5, he asked if he could have his birthday party at the ARC Park. His parents told him that it was too far away to ask people to drive. They didn’t know it would be his last birthday. They would have loved to see Bennett grow up playing with friends and families in a local playground that lets people of all abilities play together. They won’t get that chance, but in his memory we have created Bennett’s Village (Bennettsvillage.org), an initiative with the goal of creating an all-abilities playground in Charlottesville, much like the ARC Park in Richmond. This isn’t a small project. We estimate the cost of an all-abilities park to be $5 million. Though it seems daunting, similar parks are springing up all over the country. By sharing Bennett’s story and the story of so many others like him, we can reach our goal–through grant-writing, fund-raising, and donation, just as other communities have. In less than a year, without an identified location or site-specific drawings, we’ve already generated almost $100,000 in funds. That’s enough to start the process in earnest.

While we have a long road ahead of us, what we really need now is community and government support. We have already spoken with Charlottesville City’s Department of Parks & Recreation. They understand the need for an all-abilities park and have identified locations that would meet the infrastructure needs of such a project. We can raise the money, but before we do that we need our local government to recognize the creation of an all-abilities park as a priority. To help us, as well as the tens of thousands of people with disabilities that could benefit from this park, please call Brian Daly, Director of Charlottesville Parks & Recreation, at (434) 970-3260 and leave the following message:

“Hello, my name is ________ and I am a resident of _____. I have learned about Bennett’s Village and feel that my friends and neighbors who do not have access to the physical, social, and psychological benefits of play need a local, all-abilities park. Please show your support for these individuals and families by prioritizing the designation of land for an all-abilities park and help us create a place where ALL can play.”

Thank you so much for your time, care, and support. Now is the time to voice your support and help us reach the next step in our project. The creation of an all-abilities playground in Charlottesville will touch many lives for years to come.

With Love and Hope,
The Friends and Family of Bennett’s Village

P.S. Please feel free to forward this on to your friends—spread the word. Together we will build a place where ALL can play! 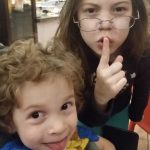 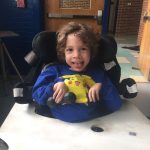 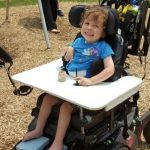